Welcome to our review of the Chuck Taylor All-Star II shoes and our first segment of Swole Soles. In this new series, we focus on how Functional Fitness meets Functional Fashion and are not only going to bring you the latest sneaker trends, but also all facets of fashion and how they correlate to fitness.

Also known as “Converses”, “Chuck T’s”, “Chuck’s”, “Con’s”, “All-Stars” or “your everyday beaters”, these shoes have been around since 1917 and are the most successful selling basketball shoe in history.

Introduced under the name “All-Star’s” in an attempt to capture the basketball shoe market, Chuck Taylor, a former basketball player and shoe evangelist for Converse, remodeled the sneaker in the 1920’s, upping their popularity.

The shoe consists of a stitched upper portion, a toe cap and a midsole typically composed of white rubber and an outsole made of gum rubber. Chucks are made of various material but the most common two are the leather and cotton canvas. These materials were intended to act as a loose lining, sliding along with a gym sock for increased comfort and to prevent blisters.

No doubt Chuck Taylors are a shoes that have withstood the test of time. Originally intended for basketball, Chuck’s have grown more into a trainer/powerlifting shoe and best in the game stand by them, such as Female Champ Laura Phelps and respected lifter/Coach Louie Simmons. Here’s why:

For 98 years the design of the Chuck Taylor All-Star had remained largely unchanged. Nike purchased the company in 2003, but it was only until July of this year that they embarked on a makeover and infused it with the major tech that you would expect to get from this shoe giant.

When Nike unveiled the Chuck Taylor All-Star II in July, it retained the appearance of the original, while having a modern insole for increased comfort. Its Lunarlon cushion with arch support makes the Chuck Taylor II’s 100x more comfortable, allowing upwards of 8 hours comfortable wear, whereas the original Cons had you crying after an hour of wear. 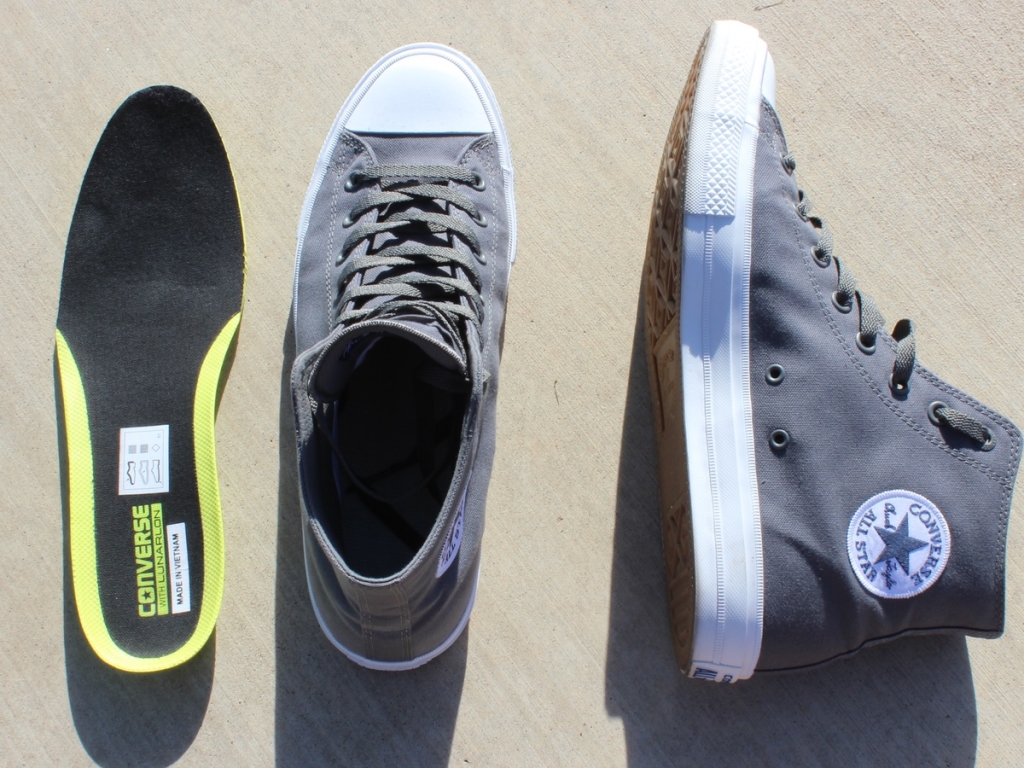 They substituted durable Tencel canvas for the traditional woven cotton fibers, which increases its support and durability. Not only does it help the shoe to last longer, but also–and more importantly–your joints.

All in all, the redesign has brought the iconic shoe back to life and finally gave the consumers what they’ve wanted. The Chuck II’s run about $80USD, which is $30 more than what they used to run, but the material improvements in the materials make it worth it. So if you want to find out what it’s like to LIFT like an All-Star, grab yourself a pair of the new Chuck T’s.