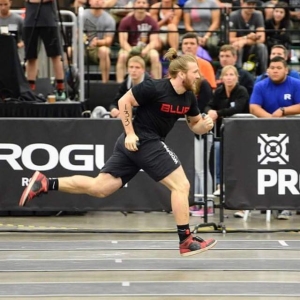 Originally from Wisconsin, Jake discovered his passion for fitness at an early age. Training for football year round, he became a self-proclaimed meathead in high school and on through college. In 2009, after college football ran its course, Jake discovered Crossfit and became a trainer at the local Crossfit spot in his hometown.  After a little over a year, he and his best bud Justin moved out to the desert to open up their own “pumpatorium,” as Jake calls it.  Their dream came true in August 2011 when Crossfit Blur was born.  Jake and Justin have been “taking the jiggle out of your wiggle” ever since.  Jake is a 2 time Regional Crossfit athlete and was named bodybuilding.com trainer of the month in 2012.  He says Crossfit is his life.  When he’s not supervising others doing it, you can find him going ham himself.