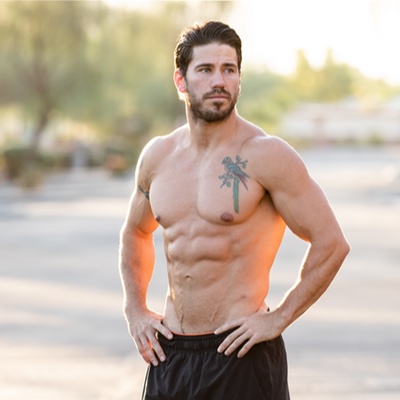 Justin is the youngest of three boys who grew up in a small Wisconsin town. Being the youngest, he was picked on and forced to be tough which evoked his passion to be as fit and athletic as he could be.

Growing up, he was a successful athlete in football, basketball, and baseball and had multiple opportunities to play at the college level. Due to a handful of injuries, he knew it wasn’t in the cards to continue sports the way he had hoped, but wanted to stay in athletics, so he focused on education.

He moved back to Wisconsin and enrolled at the University of Eau Claire Wisconsin to obtain his kinesiology degree. This is where he discovered the up-and-coming sport of CrossFit.

He joined a CrossFit affiliate near campus which soon filled that void of needing to compete and being part of a team. With the endless number of hours invested in building my resume he built up a personal training clientele.

In 2010, his best friend and he decided to move to Arizona with a 5-year plan to open their own gym in Scottsdale—one of the top ten fitness and health industry cities.

With a ton of sacrifice and hard work, they opened their first gym in 2011 and from that success they were able to open a sister location in 2016.

Justin has qualified and competed in the CrossFit games Southwest regional the last 5 years.

The past two years he’s lead a team to compete in regionals. 2018 was their best finish which left him even hungrier for more and continues to stoke his competitive fire.