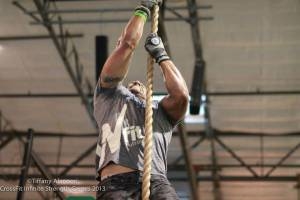 A competitive athlete his entire life, Derz played football at both the Air Force Academy and Texas A&M – Commerce.  He fell in love with fitness in college while working in the offseason at the Academy. He was fortunate enough to initially develop his knowledge from Allen Hedrick, M.A., CSCS*D, the head strength and conditioning coach at both the Olympic Training Center and the Air Force Academy.

He continued his education at Texas A&M – Commerce under Dr. Ken Alford, PhD. In 2006, Mycal graduated with a Bachelor’s of Science in Health and Human Performance, Kinesiology. Upon the completion of his collegiate career, his focus was shifted to bodybuilding where he placed in the top five of each competition, winning two classes along the way. As an Officer of Marines, he spent time developing remedial fitness programs for the Marines in various units boosting performance in annual Physical Fitness Tests by more than 25%. In 2009 and 2011 he developed offseason strength and conditioning programs for the Gila Ridge High School Football team, helping them reach the 2011 Arizona State Playoffs for the first time in school history.  This programing helped a number of players move on to play at the college level. Mycal now regularly competes locally and regionally in CrossFit competitions.

With a Master’s of Science in Exercise and Wellness (Arizona State), backed by Bachelor’s of Science in Health and Human Performance (TAMU-Commerce),  Mycal has dedicated his life to applying his education to fitness and performance training. According to his peers and clients, Mycal is one of the best performance coaches in Arizona.