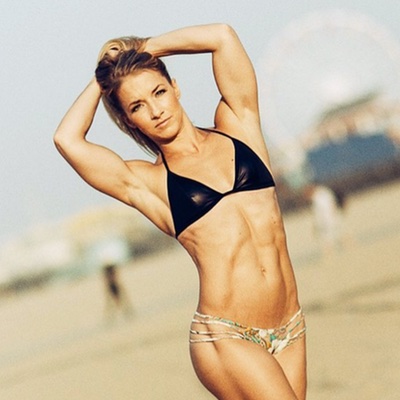 Nicole began dance at the age of two, artistic gymnastics at the age of four, and competing at the age of six. She later switched to rhythmic gymnastics. By the age of fourteen she had trained at the United States Olympic Training Center and was a 4-time Texas State Champion in rhythmic gymnastics, 4-time Junior Olympian, and a member of the US Junior Olympic Academic Team. Nicole continued competing up through high school when decided to try out for her school’s number one nationally ranked competitive cheerleading squad. She cheered competitively for three years becoming a 3-time All American cheerleader and nominated for NCA Staff during that time. Following high school Nicole cheered and danced professionally for the NFL Houston Texans Cheerleaders, the NBA Houston Rockets Power Dancers, and for various dance companies.

From as early as eight years old Nicole knew she wanted to be a business owner, entrepreneur, gymnastics coach and, most importantly, she knew she wanted to help people when she grew up. Nicole’s passion and purpose in life is to help empower others on to take action toward living their strongest, healthiest, happiest lives possible. She is a proud mom to an awesome young lady, coach, RX-2-Movement coaching mentor, Rise Bar & Born Primitive sponsored athlete, best selling author, and the founder of Nicole Zapoli Fitness offering custom fitness programming with remote and private coaching for competitive athletes and fitness enthusiasts of all levels of fitness. Nicole is also partner and head programmer/coach at CrossFit Del Mar in Southern California. She enjoys traveling and teaching gymnastics workshops at affiliates and gyms all over! Nicole enjoys training and competing for fun in CrossFit, weightlifting, and powerlifting, as well as playing in the ocean, gymnastics, dancing, yoga, and anything outdoors that is challenging mentally and physically.