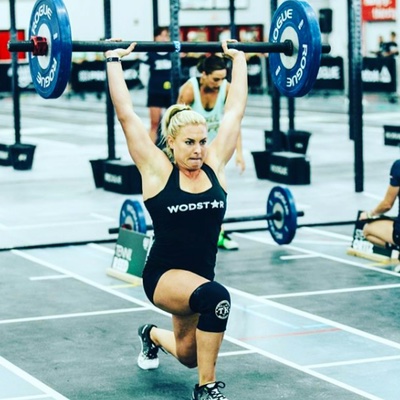 Tennil Reed-Buerlein grew up in Kingman, AZ and quickly developed a passion and talent for both individual and team sports. She’s a true believer that you can accomplish ANYTHING you put your heart and mind too. “You can’t beat someone who never gives up,” is her mantra that constantly plays on repeat in her head.

At Kingman High School, she competed in volleyball, soccer, swimming, track and cross county and, most notably, basketball. As a 1st Team All-State point guard, Tennil dominated both sides of the court and was awarded Defensive Player of the Year.

Both an athlete and a scholar, Tennil received an academic scholarship at Dixie State, in St. George, Utah and continued her passion for knowledge and sports. During her college career, she ran Cross Country and played Rugby, finishing her college career with a Bachelors in Biology at Utah Valley University.

Upon graduation, Tennil moved to Glendale Arizona to attend graduate school at Midwestern University and earned a Doctorate in Physical Therapy.

Towards the tail end of graduate school, Tennil discovered CrossFit, which re-ignited her competitive passions and she set a goal on making it to the CrossFit Games. A unique type of athlete, Tennil combines power and endurance with a champion’s mindset, which has resulted in her meteoric rise in the sport.

She made regionals 5 out of 5 years, she placed 5th in the 2016 regionals, punching a ticket to the CrossFit Games and placed 11th as a CrossFit Games Rookie. What did she do for an encore? In the 2017 she won the Southwest Regionals, edging out CrossFit Legend Camille LeBlanc-Bazinet in what was regarded as a Battle Royale between two elite athletes.

In addition to being a professional CrossFit athlete, Tennil writes online programming for Wodstar (Endurace), for all levels of athletes and fitness lovers to help them reach their goals. Whether it’s just to live a healthier lifestyle or become a higher level athlete in their sport of choice, Tennil’s Passion is to help people reach their goals.