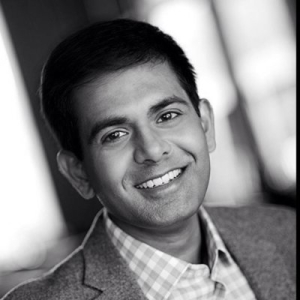 The Insomnia and Sleep Institute of Arizona

Medical Director of The Insomnia and Sleep Institute of Arizona

Dr. Ruchir P. Patel graduated from medical school at the Royal College of Surgeons in Ireland in 2007. He subsequently completed his residency in Internal Medicine at Henry Ford Hospital in Detroit, MI in 2010. It was during his residency, as a result of suffering from insomnia for three years, that he decided to pursue a career in sleep medicine. He entered into formal fellowship training in Sleep Disorders Medicine at Rush University Medical Center in Chicago, IL in 2010 and graduated in 2011. During his fellowship, Dr. Patel has received extensive training in the diagnosis and treatment of over 80 sleep disorders in both adults and children in a multidisciplinary department composed of pulmonologists, neurologists, and clinical psychologists. Furthermore, he was trained in pediatric sleep medicine by one of the original pediatric sleep physicians, Stephen Sheldon, D.O., at Northwestern Children’s Hospital.

He currently practices full time sleep medicine at The Insomnia & Sleep Institute of Arizona in Scottsdale, AZ where he sees both adults and children. Apart from the evaluation and diagnosis of sleep apnea, he also focuses on the appropriate diagnosis and treatment of insomnia with a large emphasis on cognitive behavioral therapy for insomnia (CBT-I) thus preventing the use of sleep medications/aids, as well as sleep-related movements disorder, circadian rhythm disorders, and disorders of hypersomnolence of central origin (such as narcolepsy and/or idiopathic hypersomnia). He also specializes on the treatment of addiction to sleep medications/aids and has helped many patients successfully discontinue these medications and to begin sleeping naturally. Dr. Patel, as a result of the three years of suffering insomnia himself, has dedicated his career to sleep medicine and is very passionate about helping patients improve his or her sleep. He has made it his personal mission to truly treat sleep disorders with minimizing the use of medications when possible as most sleep disorders and most cases of insomnia truly do not need long term medication treatment.